From Liar to a Blessed Man 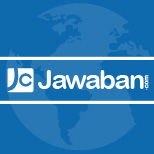 The fraud that Jacob did to Esau so that Esau sold his birthright to Jacob had already been noted in the Bible clearly.  Jacob even took the blessing as the eldest. As a result, Esau hated Jacob and tried to kill him, so that’s why he ran away. However, though Jacob is a liar, God kept blessing him and used him to bless the Israel. From his generation, 12 tribes of Israel were born and the name of Israel was given to him. So, what did Jacob learn when he run away?

Jacob has deceived Esau; his father, Isaac; his uncle and his father in-law, Laban. It is him, a liar in the past and his deed has given him some impacts. Nonetheless, when he received a blessing from God, he was free from fear and his sins at past. Moreover, he got forgiveness from Esau.

Jacob becomes a humble man and it is seen when he was speaking to God and told Him that he was improper. At the other side, he looked so humble before Esau and he even called Esau as his master.

His name which means liar has changed into Israel which means to win over struggling. It also happens when we decide to change. We will have a new identity and being a man who is reliable in the work of the Lord.

How can a liar see God? Luckily, it happened to Jacob. Seeing God is something miraculous to anyone. We also can see God through miraculous things which He has already prepared for us.

In his old age, Jacob thought that his son, Joseph has died. But, in fact, it didn’t. He could still see Joseph even until he has already become the second influential man after Pharaoh in Egypt. Moreover, Jacob could see his grandsons and blessed them. That miracle is incredible considering how long he thought that he had lost Joseph.

When a liar who has deceived his closest people is able to be changed by God and can be the blessing for his nation, then we can also be like him. Maybe we think that who are we among the billions of people in this planet? But, if this repentance is really from our heart, then many great things with God will happen.